admin September 19, 2021 Amazing Comments Off on 20+ People Who Suffered From a Few Fashion Failures in the Past 9 Views

When we were teenagers, we tested different clothing styles, haircuts, unusual accessories, and tried really hard to do impressive makeup. The results of these experiments were often quite weird but we didn’t really care.

The Bright Side team came across a Reddit thread where guys and girls recalled their funny appearances from their youth and childhood. They also talked about the feelings they had at the time. We’ve chosen the most amazing photos these users shared.

1. “My cousin and me dancing to Eminem” 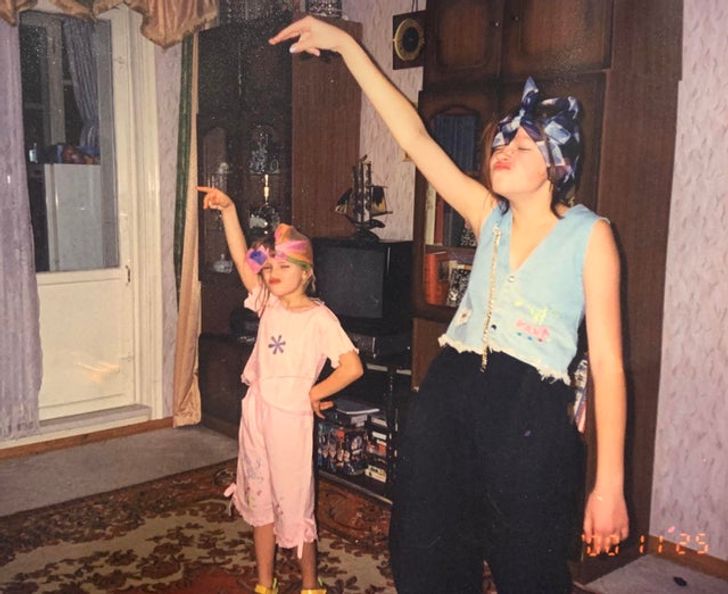 2. “I tried so hard on free dress days at my private school to impress the girl I liked. I had to pull everything out, including the belt buckle.” 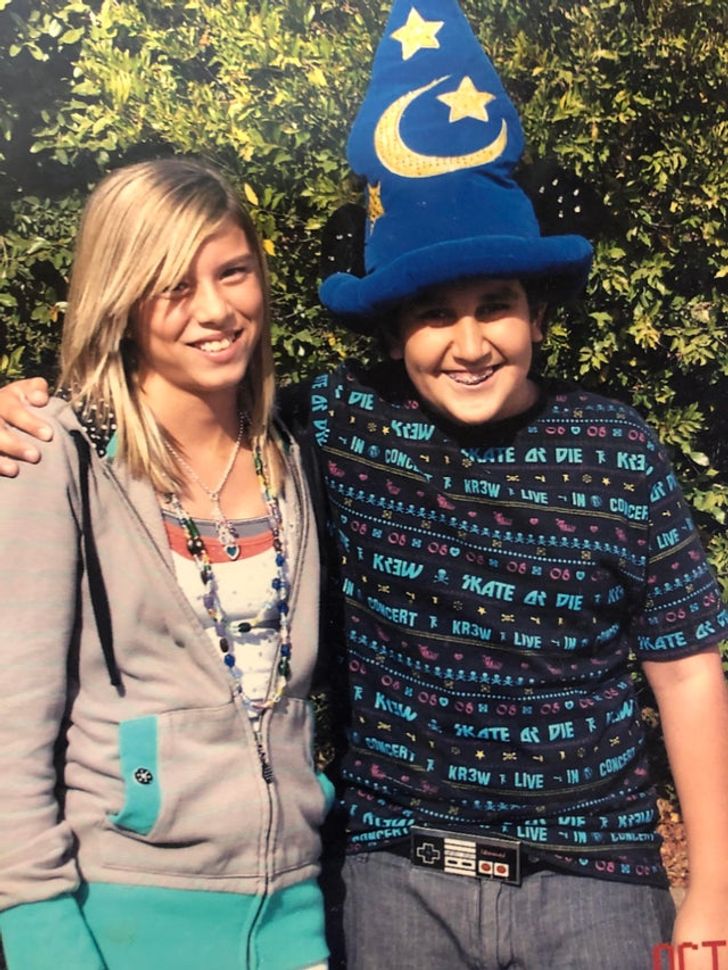 3. “I was 14 (2011) and for finals, in the ninth grade, I thought it would be funny if I imitated male patterned baldness. I was wearing a hat and took it off when we were in the middle of the test.” 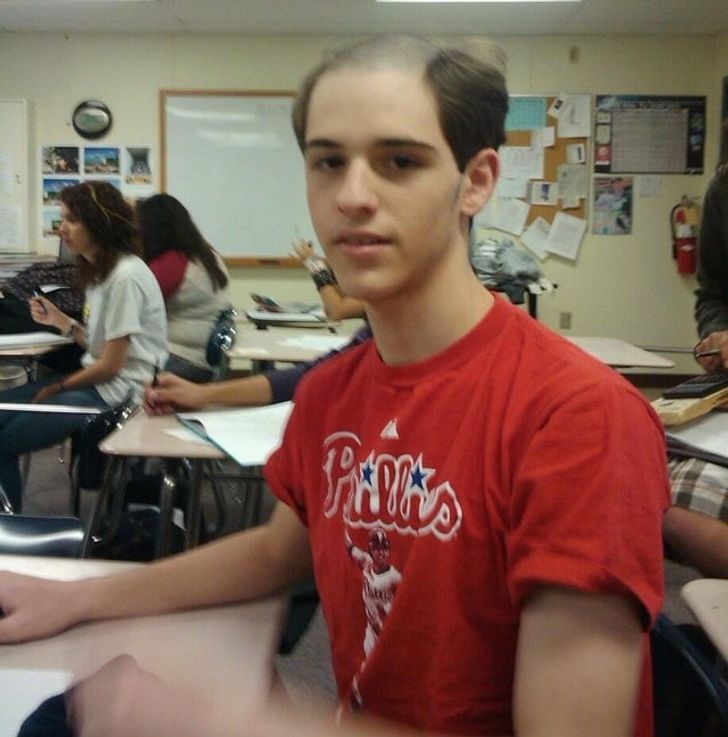 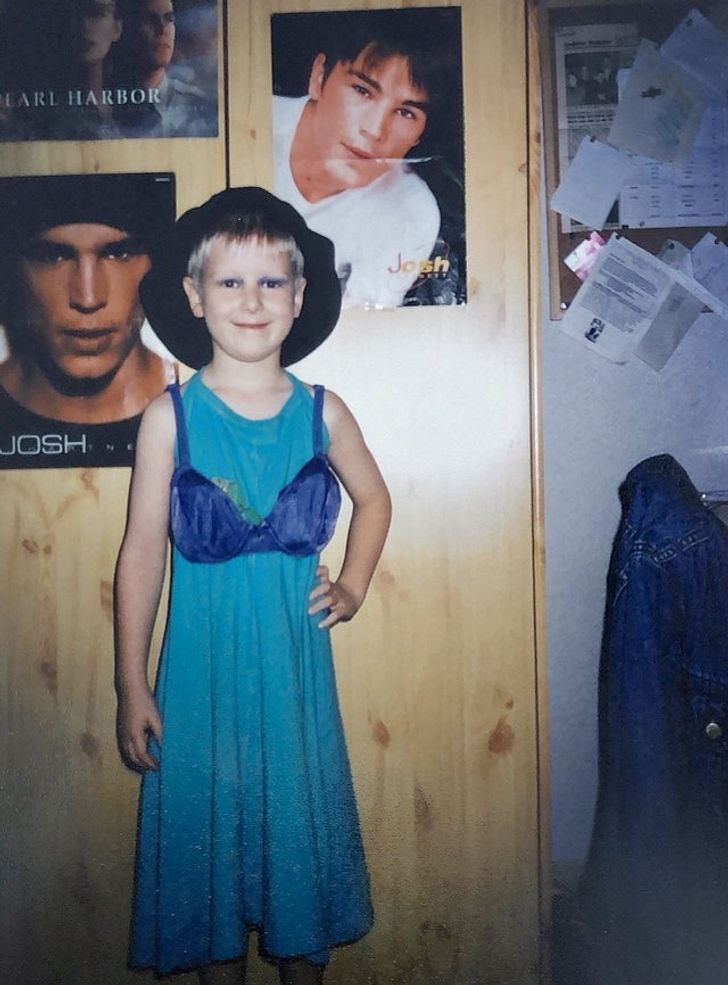 5. “Me at age 16 in 2012 wearing a stack of fedoras and taking a picture of it with my grandmother’s desktop camera” 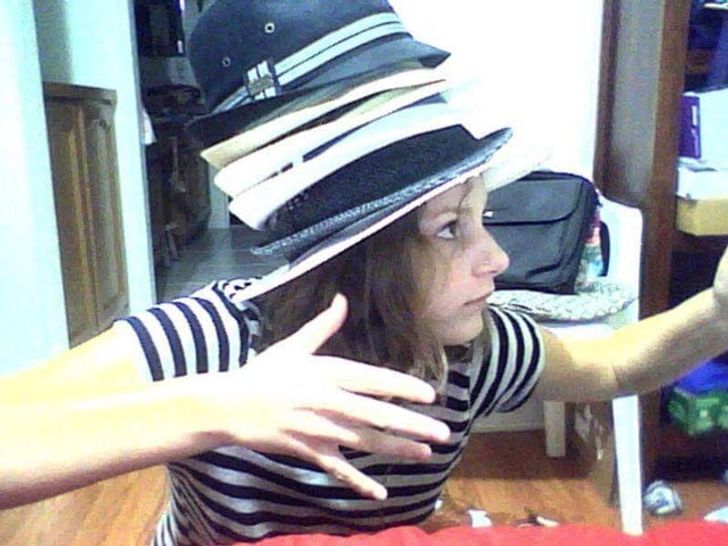 6. “My parents allowed me to have this hair cut for 2 years.” 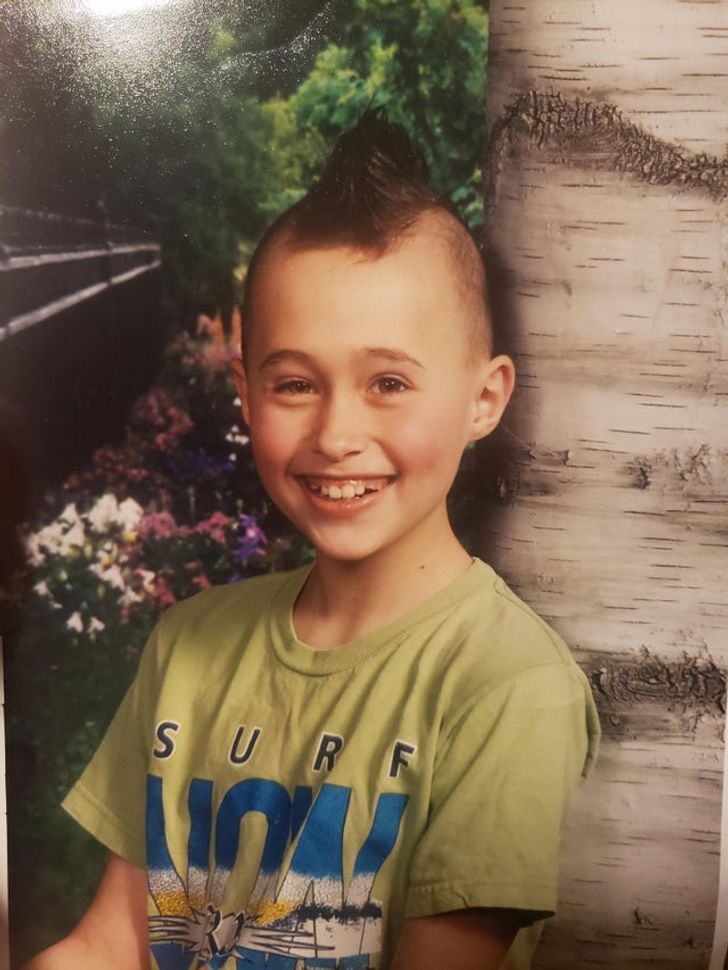 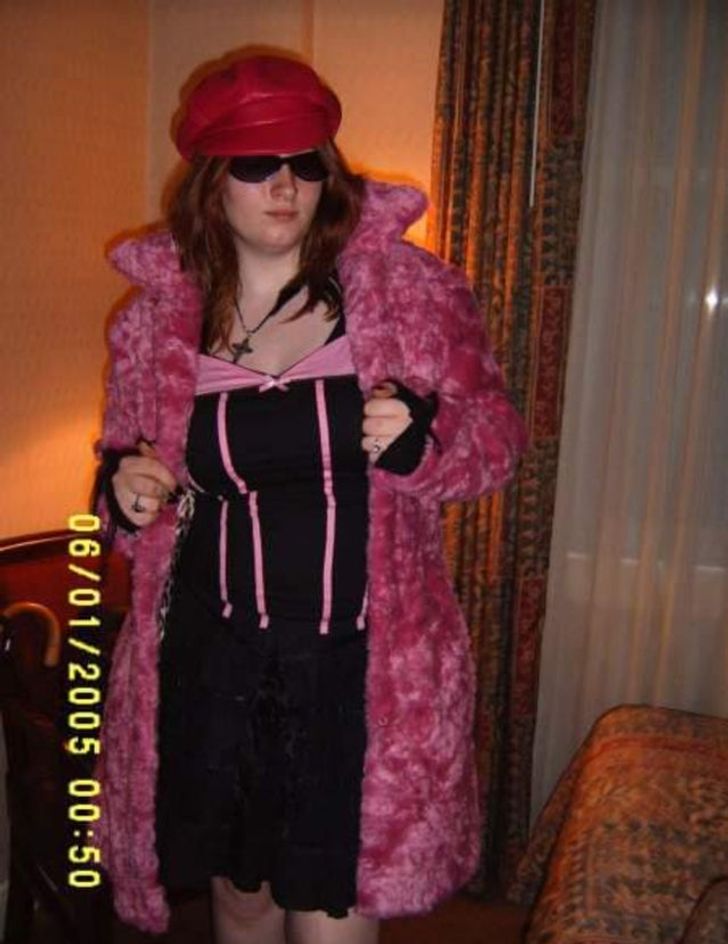 8. “I can feel my teenage angst screaming at me through this picture.” 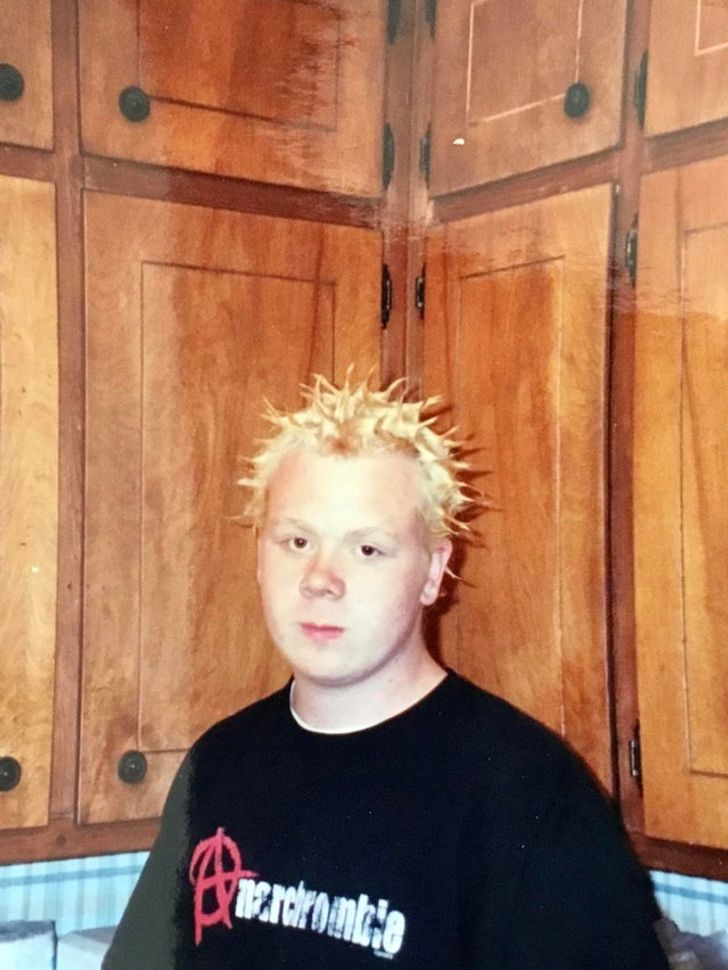 9. “I thought being random made me likable.” 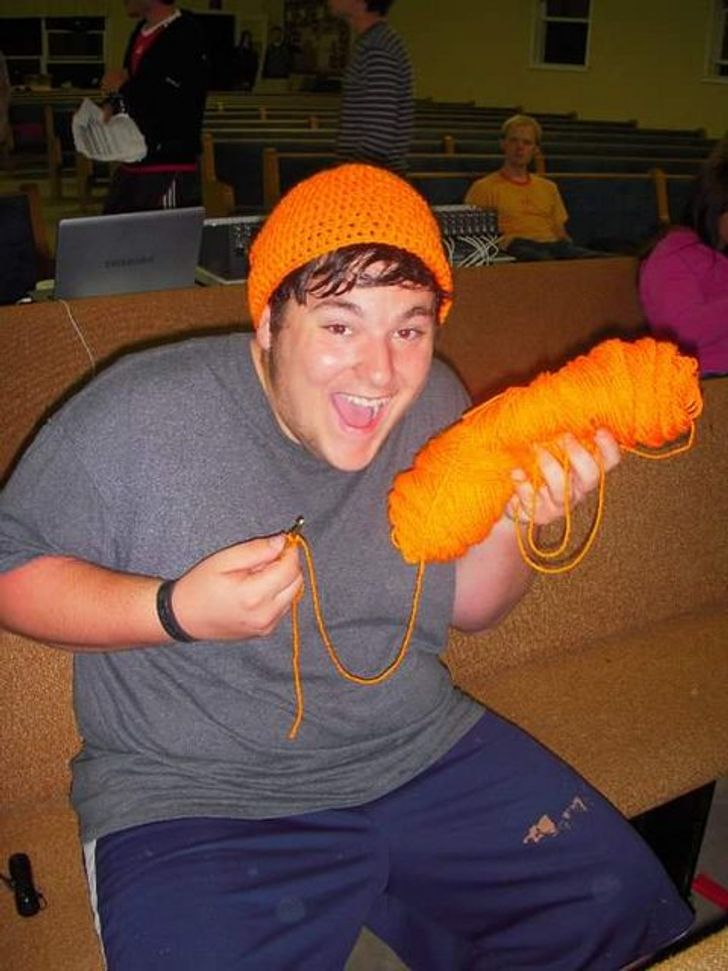 10. “Coming at you from 2005 with the velour bell sleeve and tattoo choker! Of course, it’s black and white.” 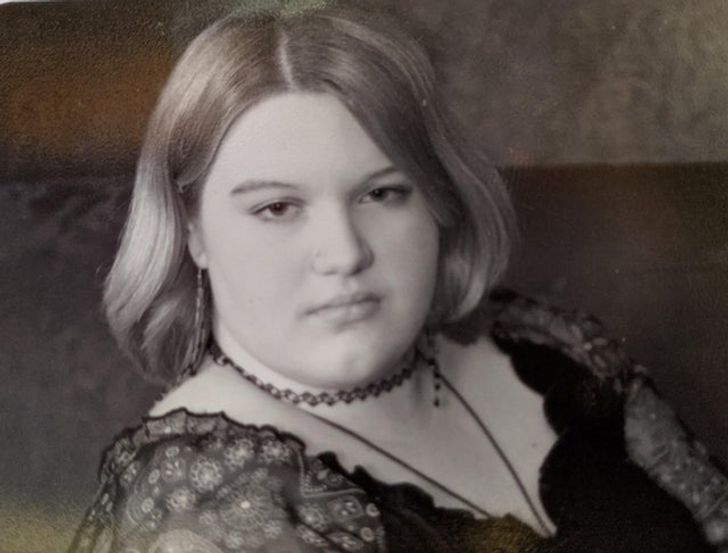 11. “This is my all-time favorite picture of my husband. He was 20 in this picture. Posting with his reluctant permission…” 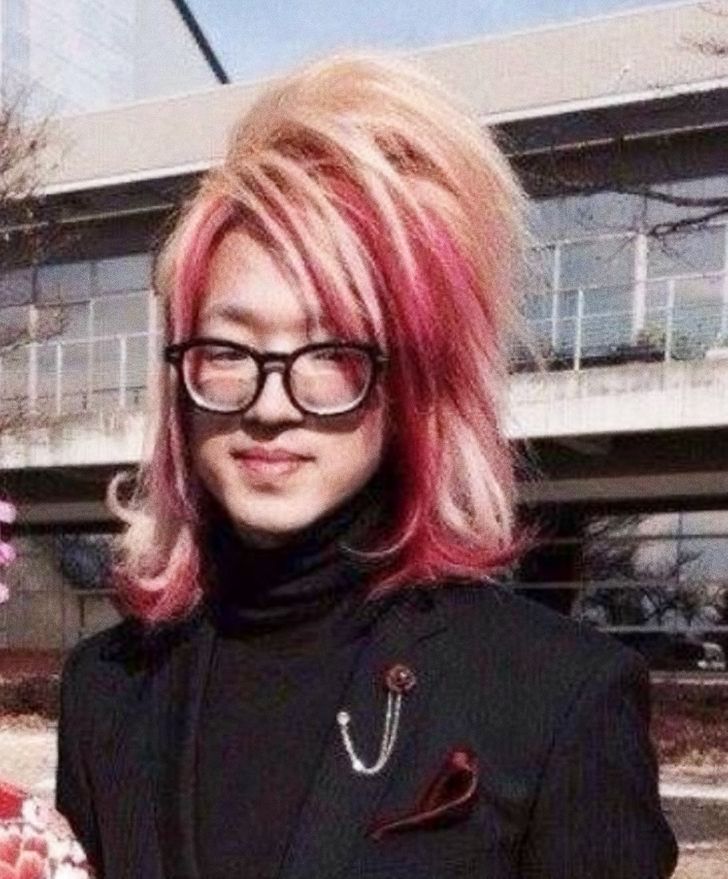 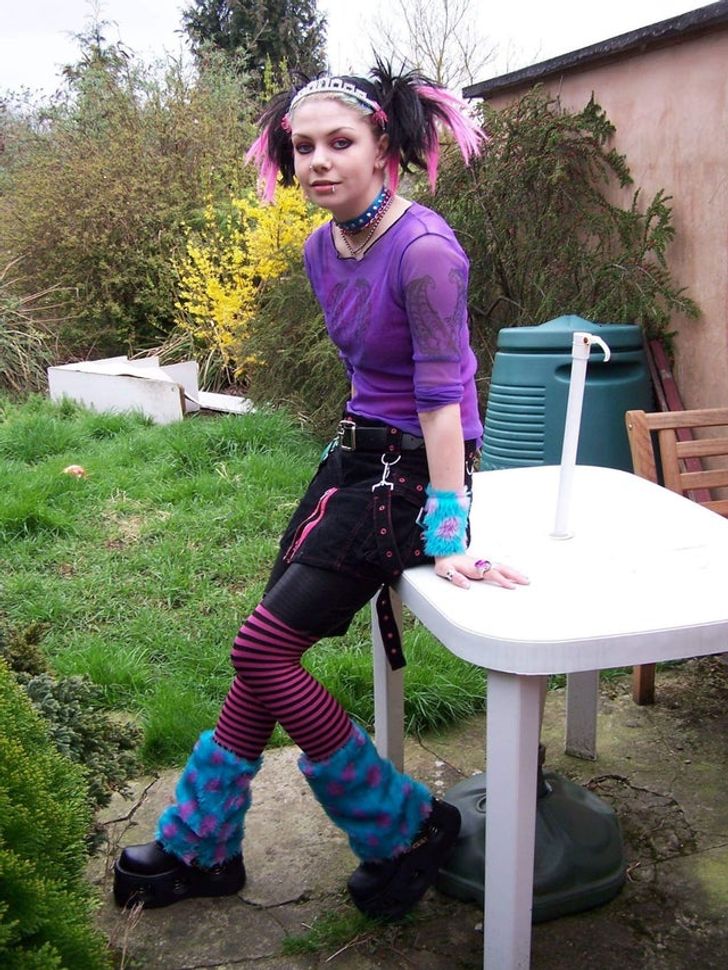 13. ” I loved The Matrix, respecting women, and staying up late.” 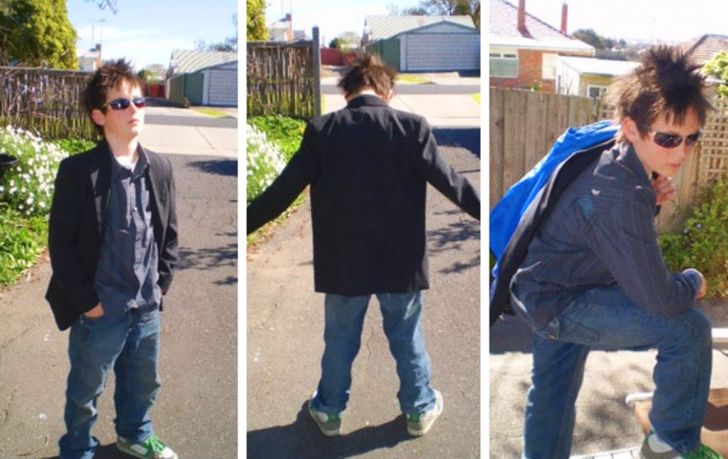 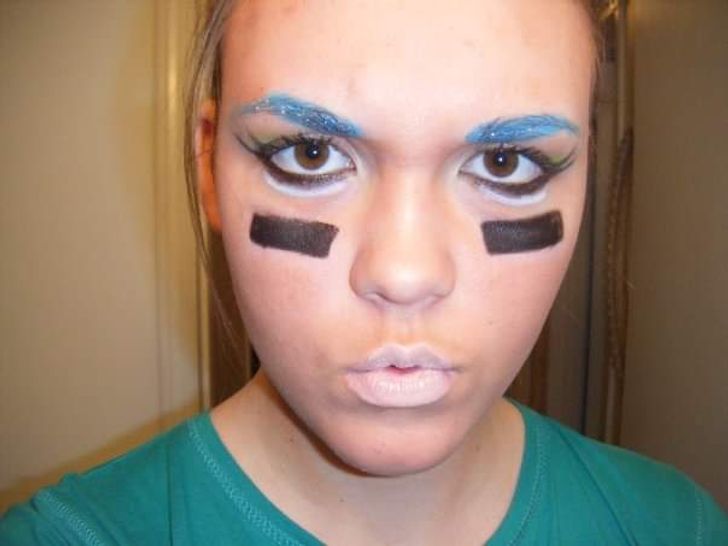 15. “My graduation outfit was a polyester kimono I spent all my travel money on at Disney World.” 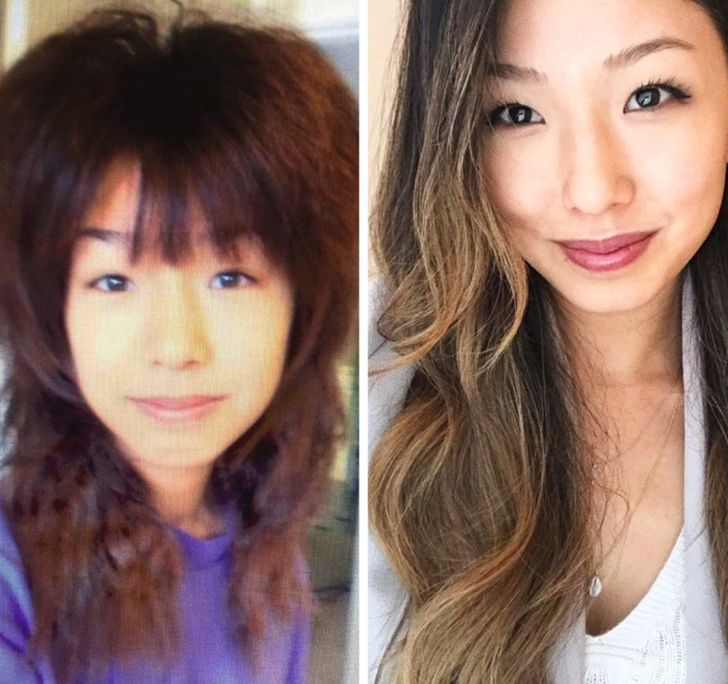 17. “In high school, I went through a belt phase. For some reason, I thought the more belts I had on, the cooler I looked. I later discovered that was a lie…” 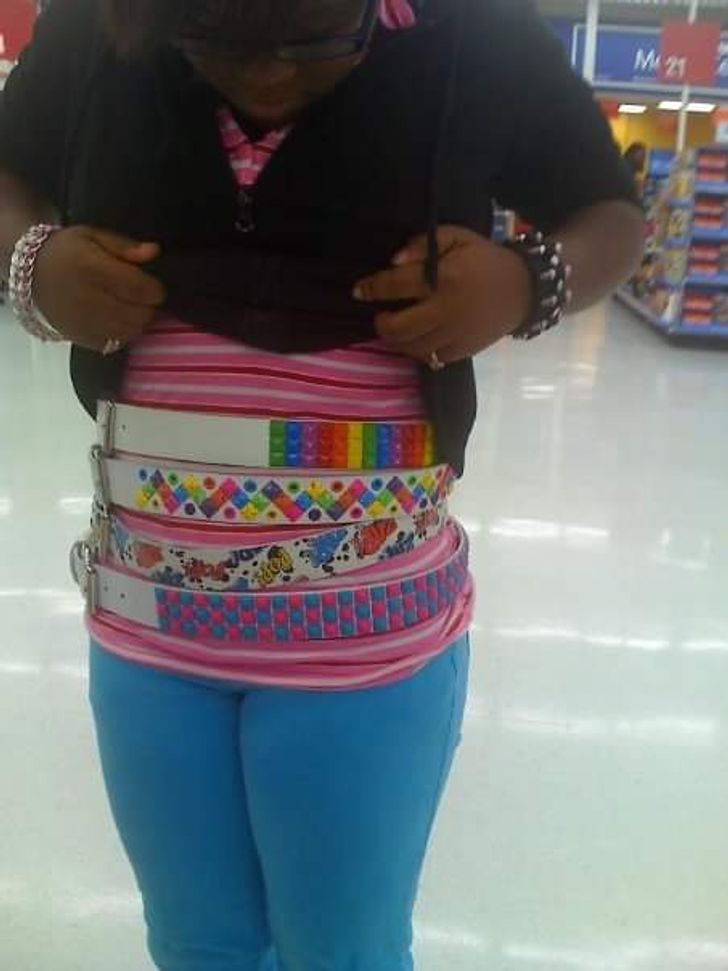 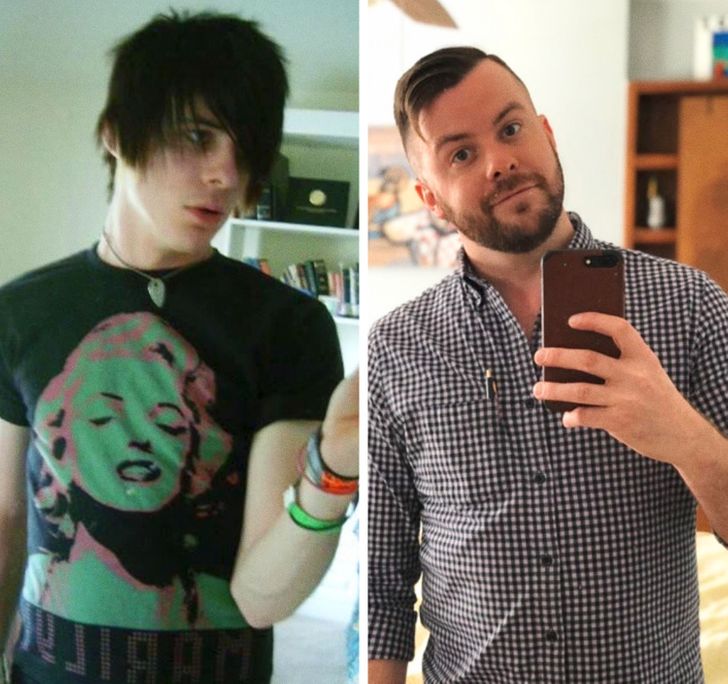 19. “5 years ago I thought it’d be a good idea to create a dress and wear it to school. It’s made entirely of trash bags and duct tape. I thought I was cool.” 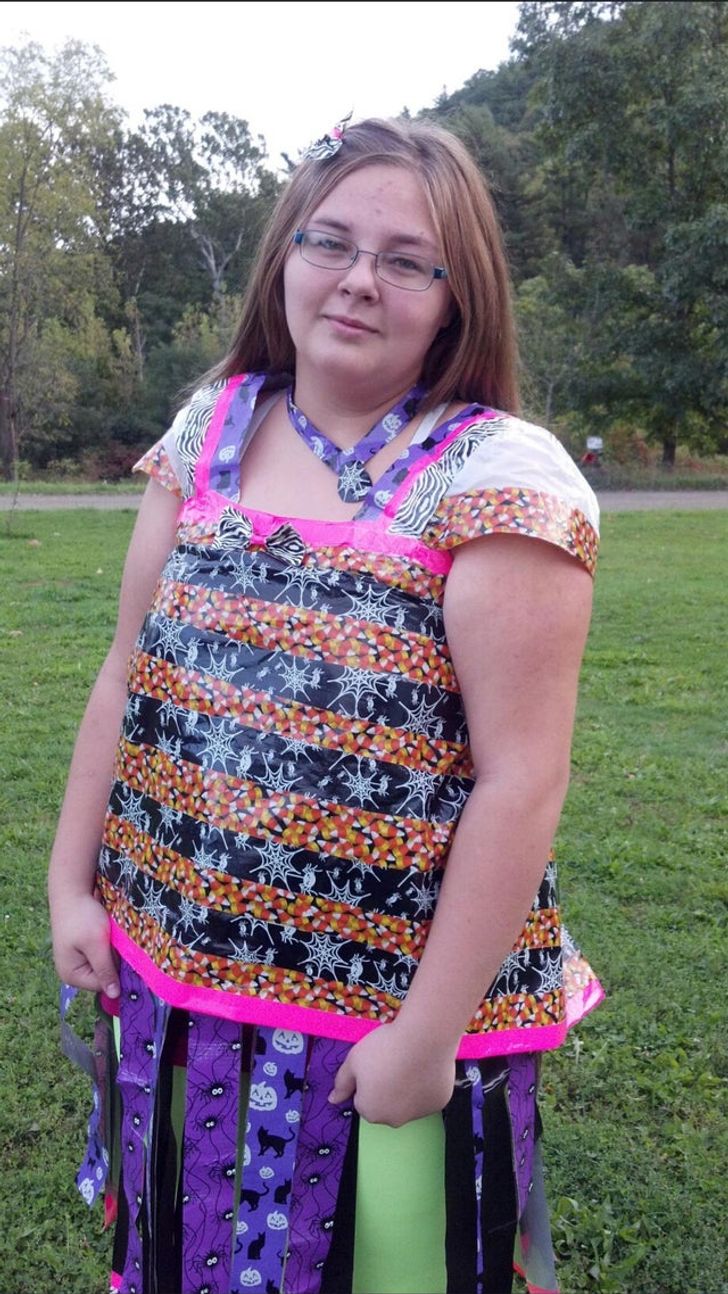 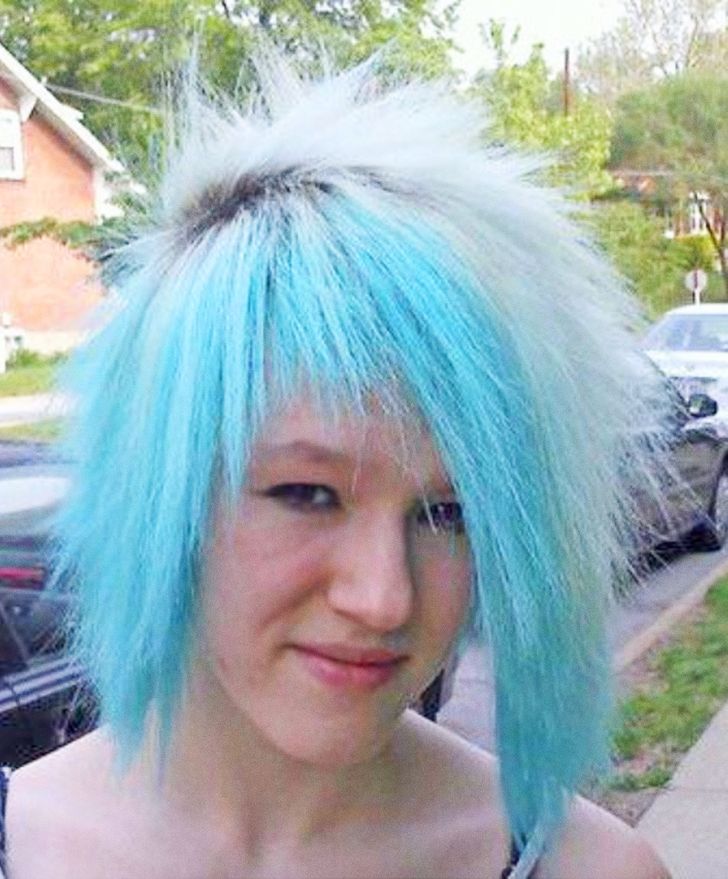 21. “Today is my twenty-fifth birthday. My mom just reminded me of this spiked-mullet and leather gem.” 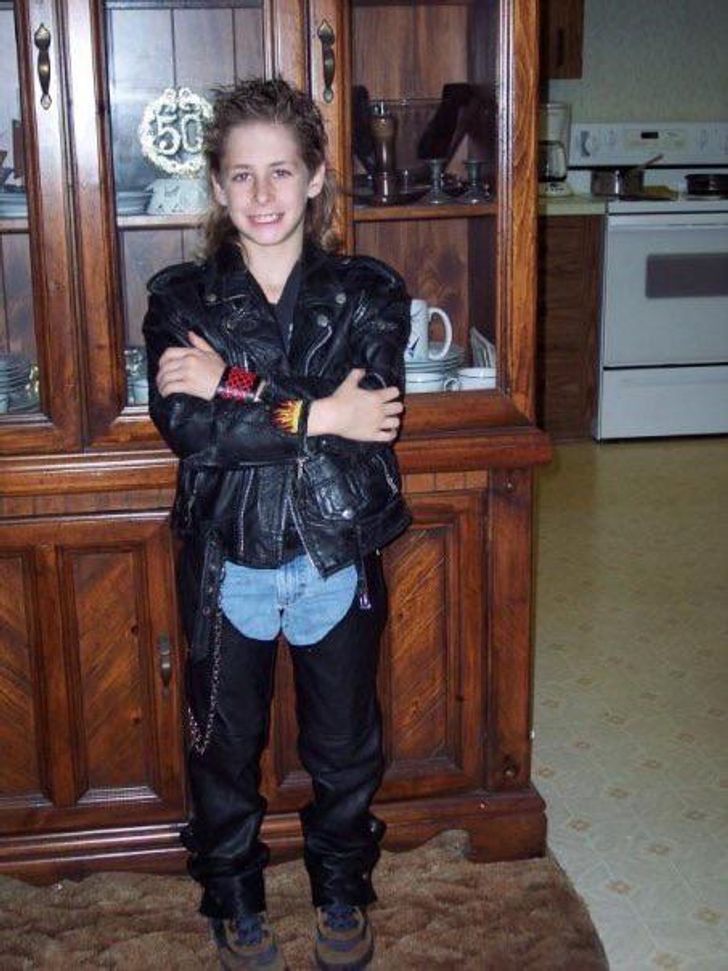 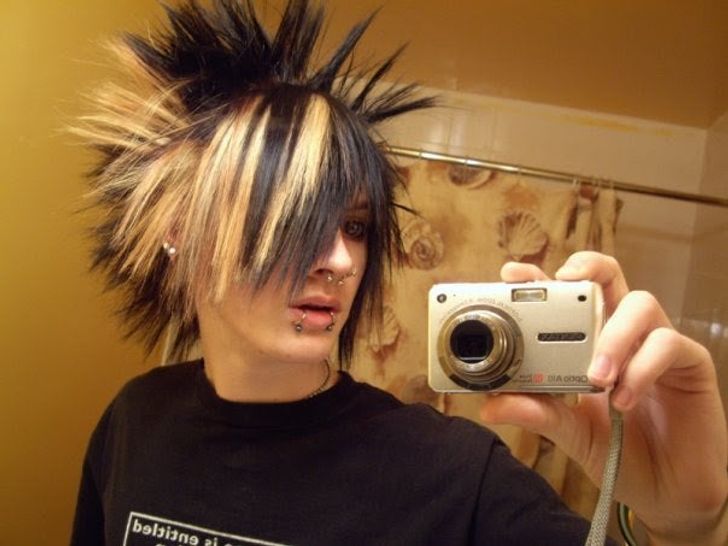 What style did you have when you were a teenager?