Breaking News
Home / Amazing / 30 Times Bosses Were Completely Out-Of-Touch And Simply Horrible To Their Employees, As Shared By These Employees

30 Times Bosses Were Completely Out-Of-Touch And Simply Horrible To Their Employees, As Shared By These Employees

admin September 23, 2021 Amazing Comments Off on 30 Times Bosses Were Completely Out-Of-Touch And Simply Horrible To Their Employees, As Shared By These Employees 22 Views

Every year, US companies spend $15 billion on managerial and leadership development. But how much of that money actually goes to good use? According to a study by Life Meets Work, 56% of American workers claim their boss is mildly or highly toxic. Another study by the American Psychological Association found that 75% of Americans say their “boss is the most stressful part of their workday.”

And there’s a Twitter thread that illustrates these numbers beautifully. After Jordan Gibbons, a pop star and fashion designer from Manchester, UK, shared a particularly dreadful talk he had with his manager, other people responded with similar experiences, and the whole thing has turned into a painfully funny thread that we simply must show you. Enjoy! 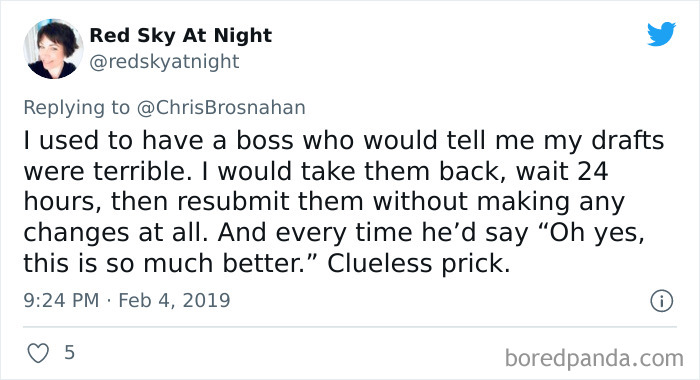 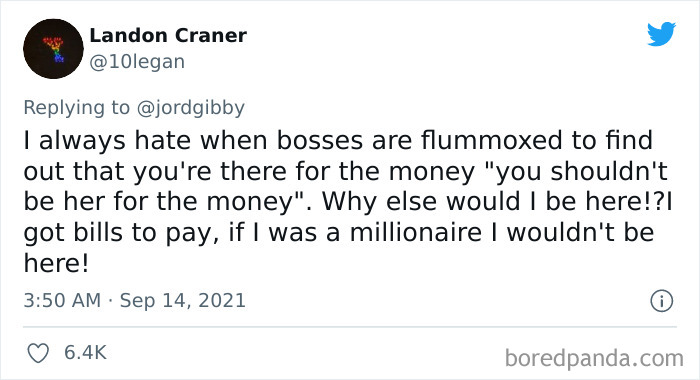 Jordan still works at the same restaurant and said he’s a little worried about getting fired over that tweet, but reassured us that the business itself isn’t bad at all, “it’s just capitalism that’s the problem.”

“My manager is actually a nice guy and he tries to make others happy as well,” he told Bored Panda. “Recently, I was told I couldn’t get gay pride off because too many people had already booked it off, but he pulled some strings and told me he knew how important it was and I ended up being able to go.

“As his tweet went viral, Jordan was really psyched to see that it struck a chord with so many people. “I think it just highlights a huge problem in today’s society,” he said. “People on minimum wage are the backbone of this society and I think it’s disgusting that people are paid so little. I literally do not stop running around for hours on end and I am paid peanuts. Something needs to change.” 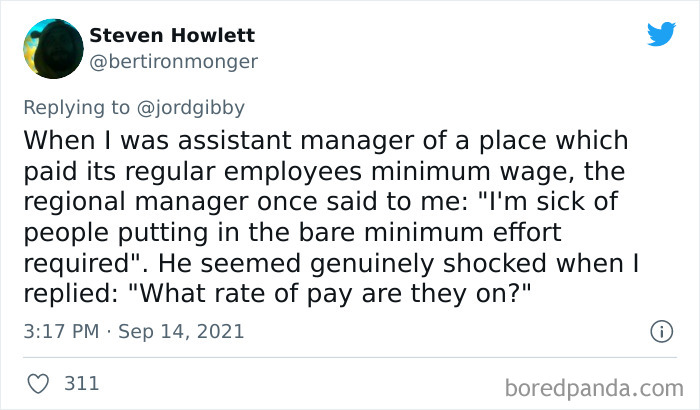 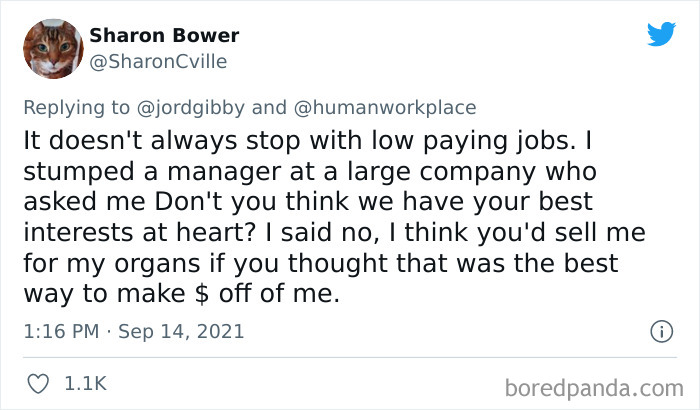 Peeps HR says there are four main types of a bad manager and they all are somewhat different. The first is a dysfunctional manager who is simply poor at their job and/or managing their team. They are actually pretty harmless for the most part; they are just downright incompetent at what they do.

This may mean they are weak, indecisive, lacking leadership traits/training/qualities, or lazy. Incompetence, according to Peeps HR, comes in many forms but if they are liked, their team may tolerate them.

The second type, and arguably the most dangerous one, is the bully. This person usually uses anger or fear to manage other people and as a result, employees will dread coming to work. This manager has the most corrosive impact on both individuals and teams. 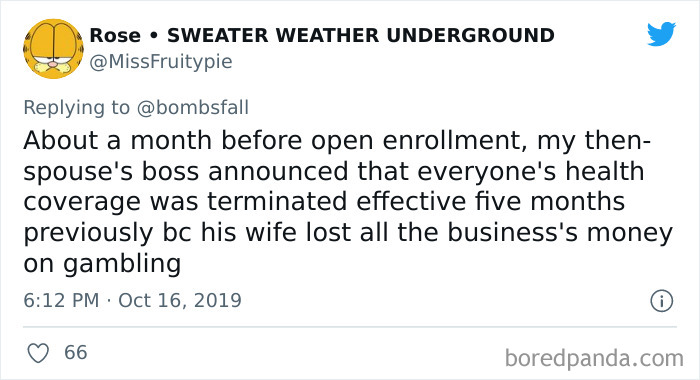 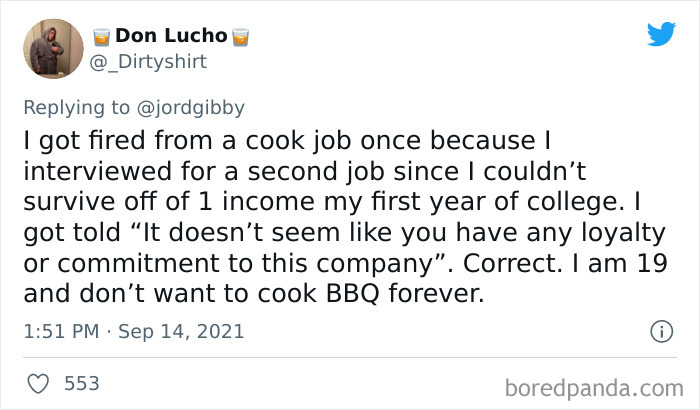 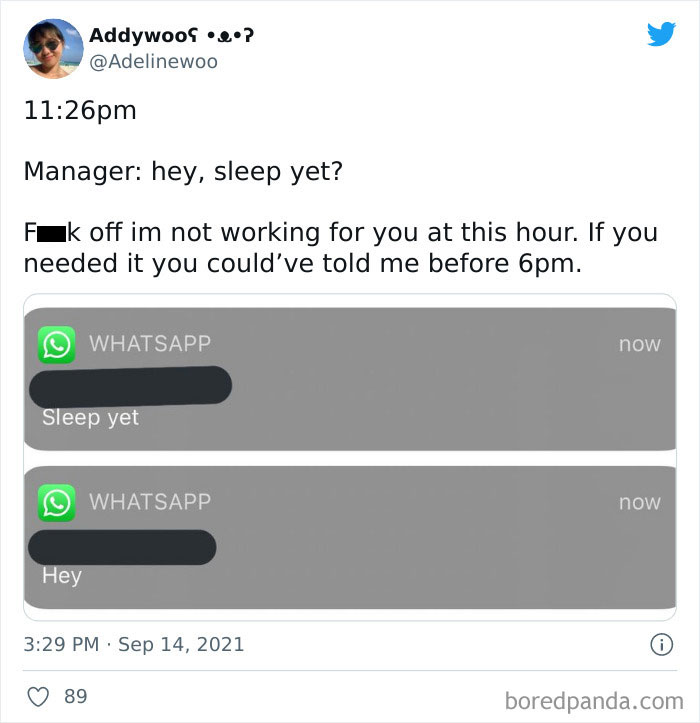 The climber is Peeps HR’s third type and they are characterized by excessive self-orientation. Rather than caring for the company, they simply try to look good to those above, paying very little attention to those below. They can be intensely political and see peers as competitors, not as team members.

Finally, there’s the micromanager and this type is quite frankly exhausting, as they overwork their team members, holding very little trust in their skills and abilities. They retain control over everything and therefore don’t allow people to make mistakes and grow.

We’ve all heard the saying, “People don’t leave companies, they leave managers.” Nobody wants to work for a boss who doesn’t support them or behaves in a way that puts their career and promotional opportunities at risk. Screw those guys! 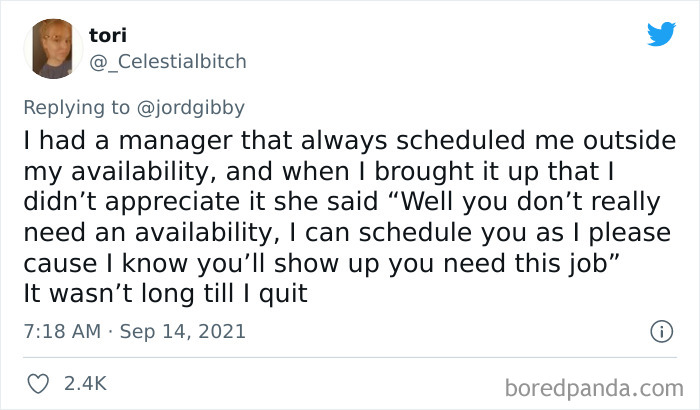 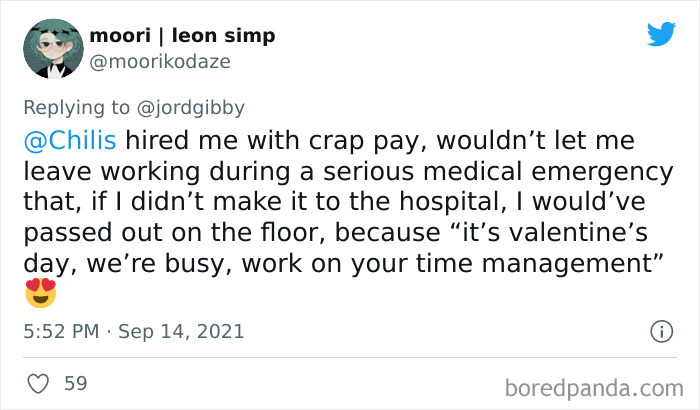 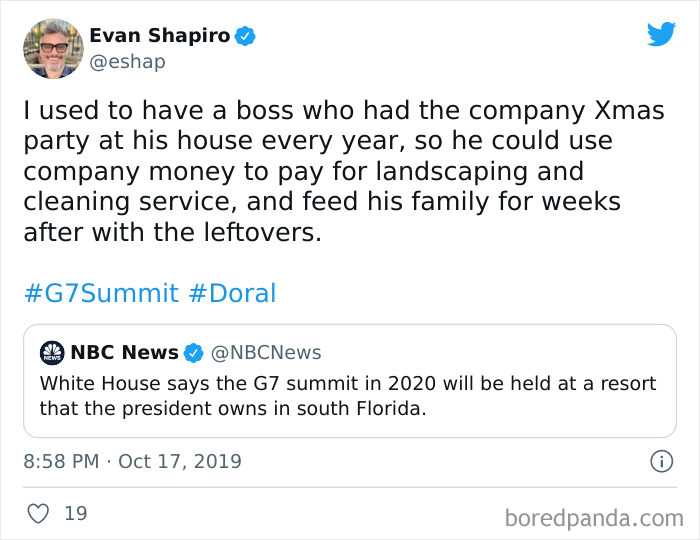 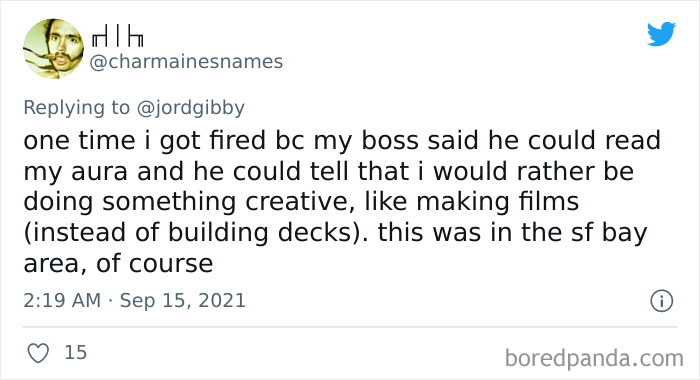 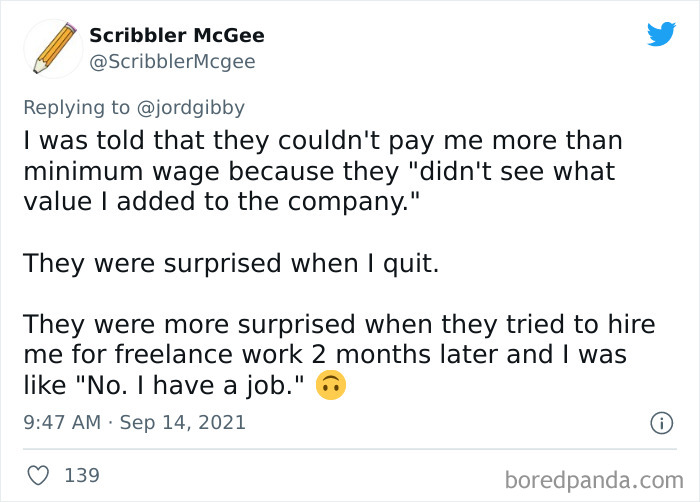 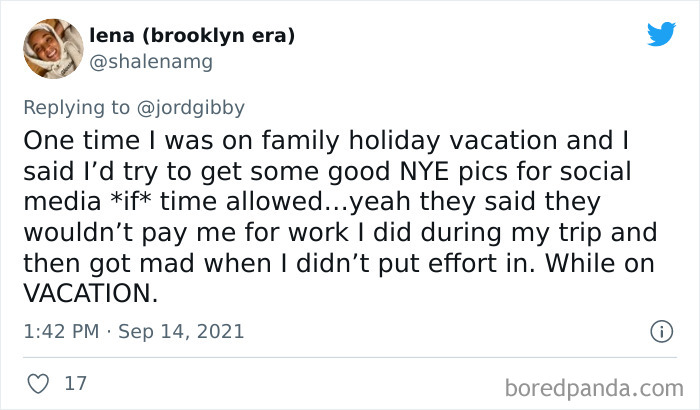 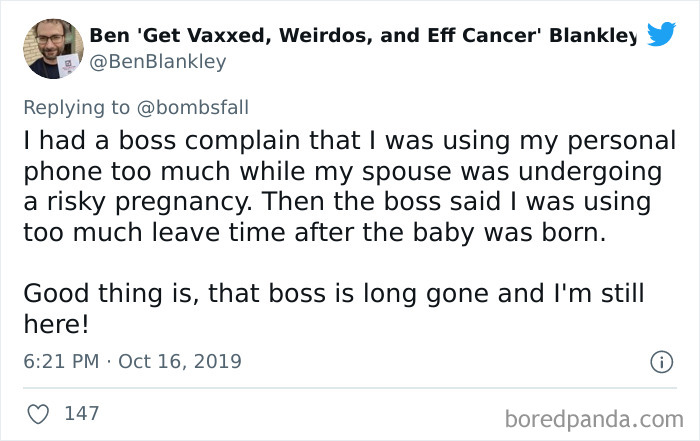