admin September 22, 2021 Amazing Comments Off on Man On Twitter Illustrates How Bad The Consequences Of Procrastination Are With His Broken-Window Story 26 Views

Putting off important tasks might ruin the activity one does instead of it. The nagging thought of “I should be doing it right now” might prevent one from being present for those other activities and cause regrets.

Nathan Howe described how he learned his lesson about postponing things in a Twitter thread. Bored Panda did an interview with psychology professor Joseph Ferrari who is one of the rare academic experts on chronic procrastination. He even authored a book about this self-sabotaging lifestyle called “Still Procrastinating?: The No Regrets Guide to Getting It Done“.

Postponing a task can cause a lot of avoidable distress 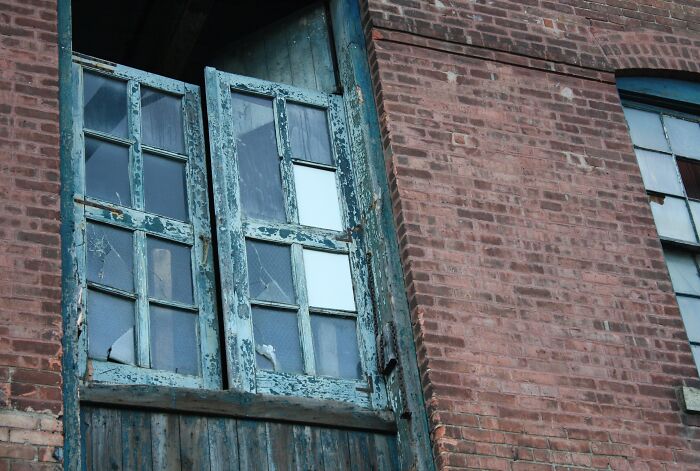 Joseph Ferrari says that chronic procrastinators do it in several aspects of their lives and it negatively impacts them. Thus, it should not be confused for delaying, as you can delay in order to prioritize. Procrastination is not indecisiveness either. Procrastinators do one thing in order to avoid doing the other e.g. cleaning instead of applying for jobs, but indecisive people often don’t do anything at all because they can’t decide on what or how. Many procrastinators put off finishing things indefinitely out of fear they will be judged for lack of skill and preferring they are judged for lack of effort.
Nathan Howe decided to share his teaching moment about postponing things with his window-fixing experience 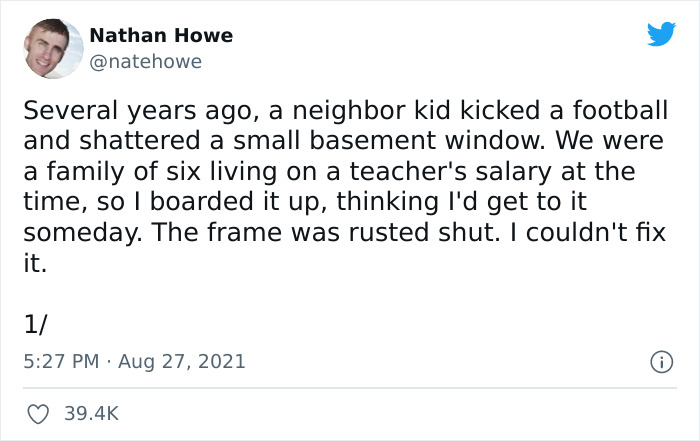 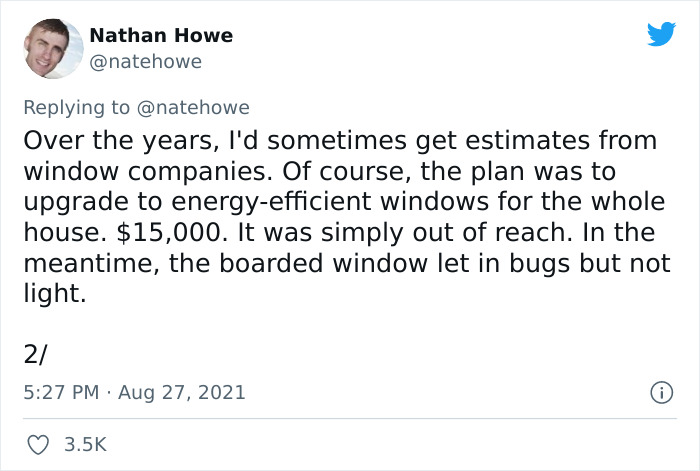 The professor does not consider himself a procrastinator. As he puts it: “Life’s too short. There’s too much to do. Why are you delaying? Why are you postponing the joy in life?” However, he does get approached by students interested in following in his footsteps, then he asks them if they are procrastinators, which he guesses is often the case “because there’s a concept: research is me-search.” Meaning, people choose areas of study so they can learn more about themselves. 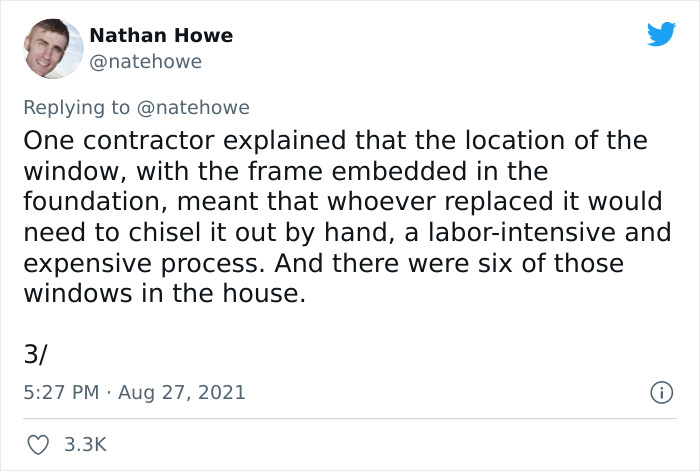 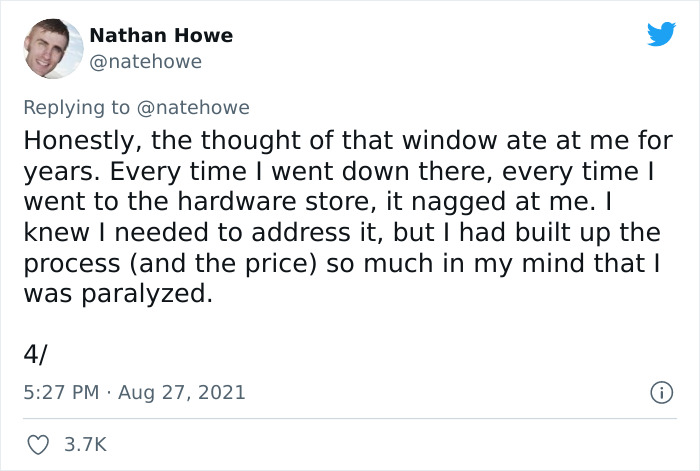 Prof. Ferrari mentioned 3 myths about procrastination. No 1. Technology makes you procrastinate. “There was a time you had to get your horse and your buggy together and you’d ride down to go see your neighbor seven miles down the road. Then you had this thing called the automobile. You can wait to the last minute to go.” He claims this is not really procrastination – it’s efficiency, and technology does not make people procrastinate, it’s on them how they use it and abuse it.
Nathan’s motivation to finally fix the windows was external 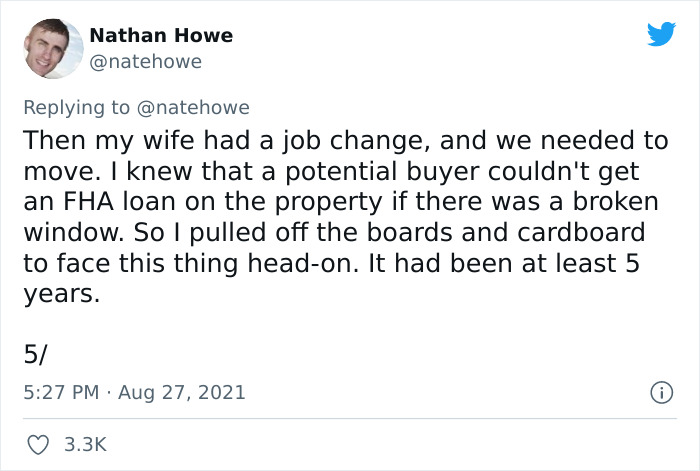 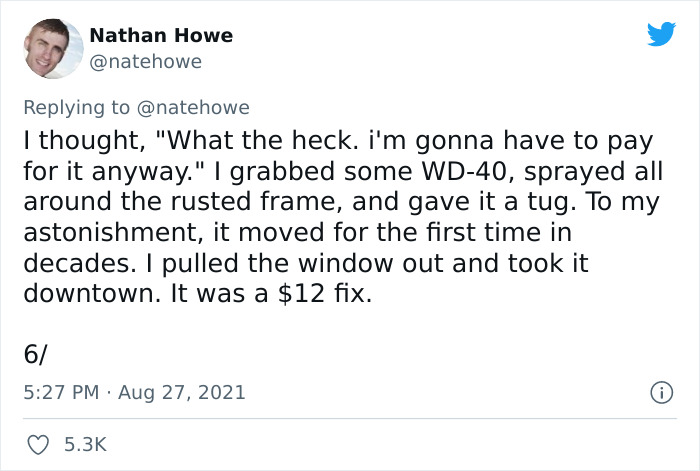 Myth No. 2 people are busier today, we have more to do. Prof. Ferrari thinks this is simply an insult to our ancestors “who were farmers who had to get up in the morning and make sure the fields were plowed, and the fence was fixed, the animal feed was filled, and the well was working, then pin the goods.” He suggests you learn to manage yourself better since you cannot manage time and what you do with your time, with your 168 hours a week. He accentuates that you cannot control what life presents you with, but you can control how you choose to deal with it.
He then looked into his window problem with the newly-gained wisdom 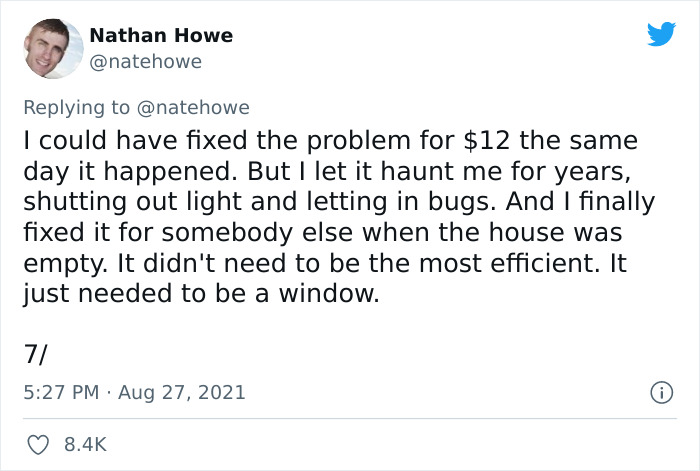 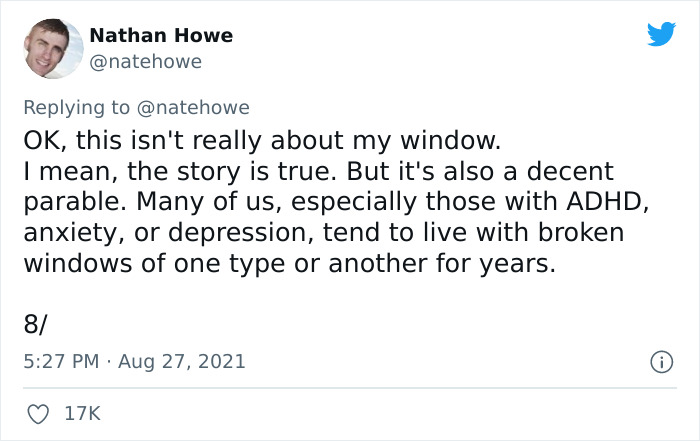 Which applies to many things in life 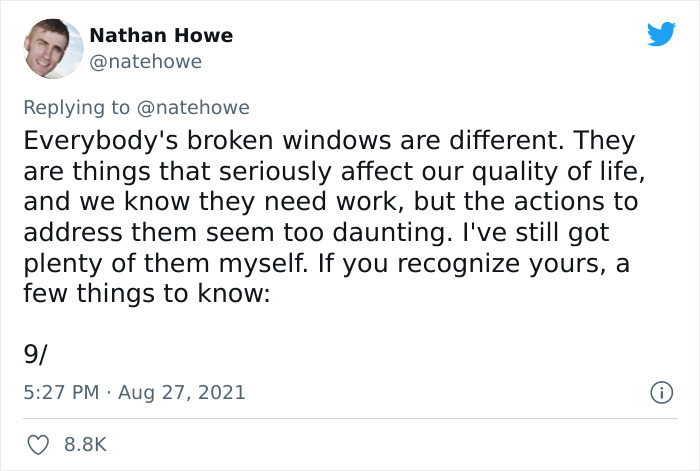 Myth No. 3 I work best under pressure. This was denied by experiments that Prof. Ferrari and his peers did. They found that procrastinators took longer and made more errors, but thought the opposite. He says there is a lot of misperception, but in actuality “people who are procrastinating are not lazy. They work very hard at not doing what they’re supposed to do.” 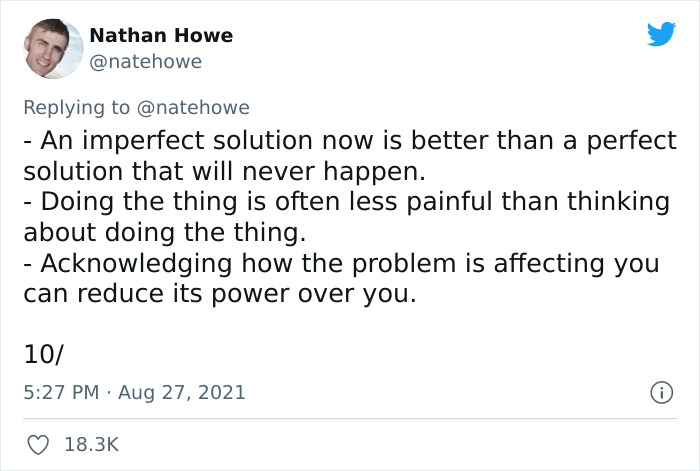 At the end of the day, Nathan suggests you acknowledge the present moment and don’t eat yourself up for past mistakes 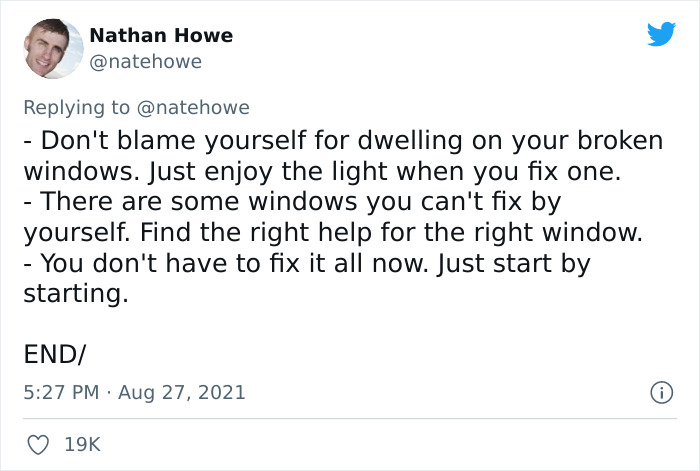 Prof. Ferrari and his peers found in every society they investigated that about 20% of its population are chronic procrastinators, regardless of sex or culture. This lifestyle is related to high levels of self-awareness, depression, neurosis, social anxiety, disorganization, noncompetitiveness, etc. The professor did observe a causal link between cold and demanding fathers and children who grow up to be procrastinators. These children are left with only one way of rebellion – to procrastinate.
People responded positively to Nathan’s story sharing their own moments of learning the same lesson 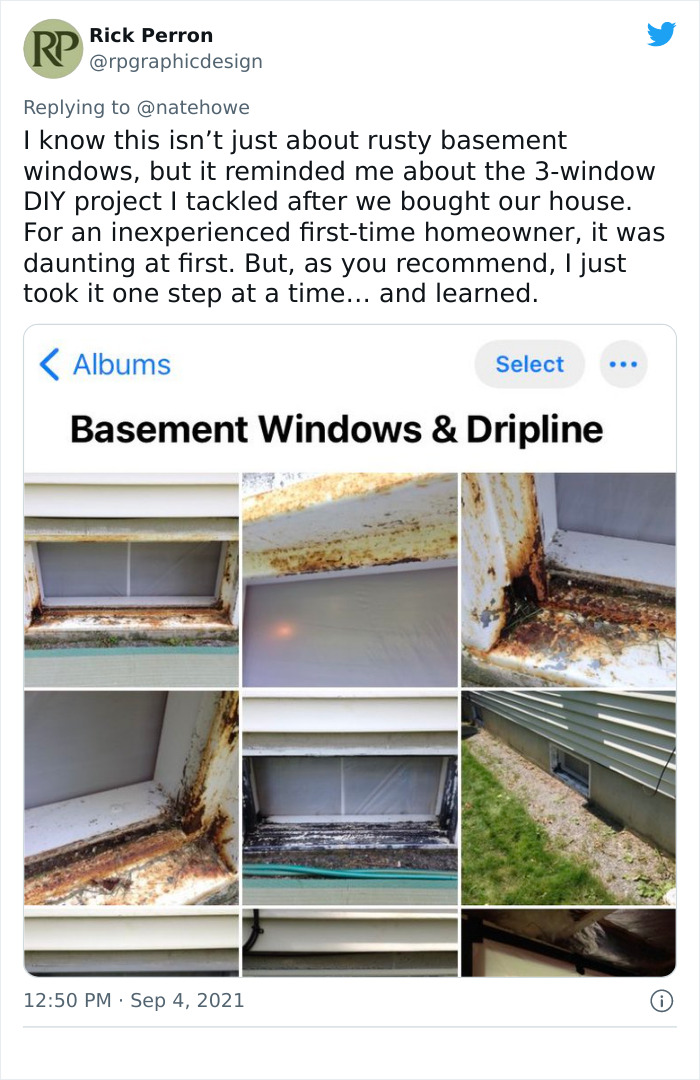 Procrastination does negatively impact peoples’ health. As Dr. Fuschia Sirois found in 2003, procrastination in emerging adults is related to high levels of stress, colds, flu, headaches, stomach problems, etc. She also found that people who do it chronically are hard on themselves when they fail and that negative self-critical thinking takes a toll on their health. Procrastination in people with hypertension and cardiovascular diseases had a stronger association with maladaptive coping behavior, than in healthy people. To sum up: chronic procrastination can provoke health problems.

Prof. J. Ferrari gives some words of hope as long as one is motivated from within. “Like most clinical disorders, the first step to recovery from chronic procrastination is a desire to break the cycle. After surmounting this initial obstacle, these individuals can start living the life they have wanted to live, but have been putting off for too long.” 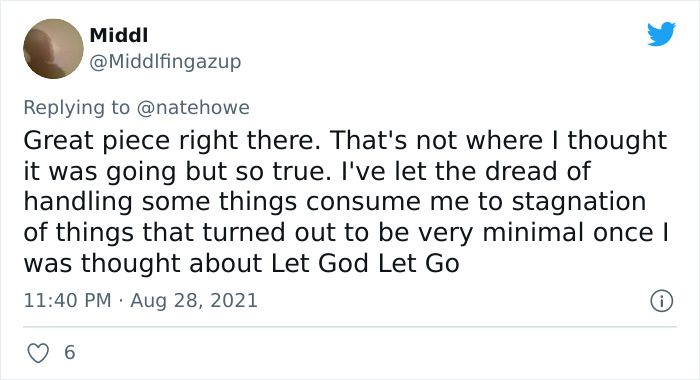 Previous 35 Times When ‘Nice Guys’ Revealed Who They Truly Are (New Pics)
Next “Put Your Phone On Airplane Mode Instead Of Hanging Up”: Twitter User Shares 10 Valuable Insights On Life