Life is unpredictable. Sometimes people from your past who you never thought you’d see again crop up out of nowhere.

That’s what happened to a solider named Todd Love.

He saw the man who saved his life nine years later — on an airplane, of all places.

In 2010, Cpl. Todd Love was on a tour in Afghanistan. He’d been a Marine for a year at that point, and he was assigned to the 1st Recon Battalion.

Then he stepped on an IED.

Love lost the lower half of his body in the blast and almost lost his life. He was picked up by helicopter while an ongoing firefight raged around them. The pilot was able to get him out alive.

When Love woke up several operations later, he had a long road of recovery ahead of him.

But thankfully, he had survived. 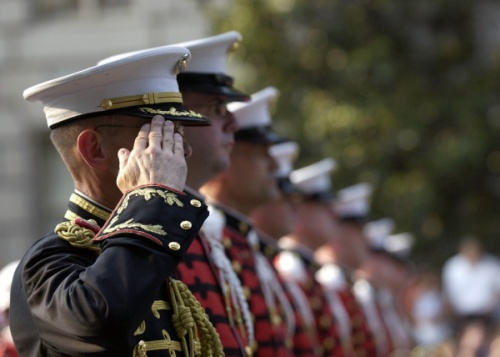 Love struggled to accept his situation at first, as anyone would. He didn’t even want to look at his injuries, and getting used to life without legs was certainly an adjustment.

With the support of his family, his resilient outlook, and his prior training, he was able to accept his situation and move forward.

“I think my gratitude for everything is what calmed my suffering the most,” Todd said. 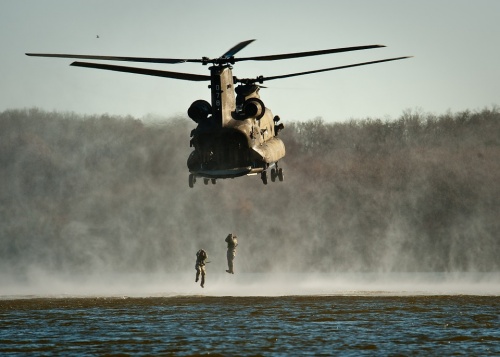 Nine years after the day that changed his life, Love had turned his disability into a way to help other people as well as help himself. Being able to share what happened to him with other people allowed him to truly accept it, and only made him stronger.

“Its humbling to know that these people are from many walks of life, each practicing their profession, from different nationalities, skin tones, and belief systems as well,” he said. “All I know is I owe them my life.” 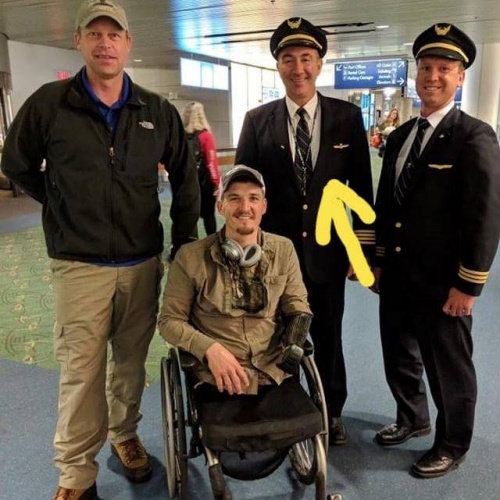 Then, when he was in Denver with his old platoon for a fundraising training activity, a commercial airline pilot came up to him right after he boarded the plane.

He introduced himself as Capt. Marc Vincequere, and asked him if he had been in the military. When he replied he had, Vincequere said “Afghanistan 2010.”

Then the pilot informed him that he was the pilot who had rescued him by helicopter during the firefight.

Love was shocked. He couldn’t believe that the person who had saved his life was standing in front of him again.

They took a photo together, and then Love shared the whole thing online. Naturally, it went viral.

What an incredible reunion!

This story originally appeared at Goodfullness.