Small children have a funny way of saying whatever’s on their mind. They don’t yet have that mental filter or the ability to speak succinctly and often go off into long, hilarious streams of consciousness.

Twitter user Jordan Adams recently got a look into the inner workings of toddlers’ minds when he flipped through the pages of his nephew Ethan’s pre-kindergarten class cookbook. The kiddos wrote the recipes themselves, and while all undoubtedly result in inedible food, they did a terrific job of cracking Jordan — and the internet — up. 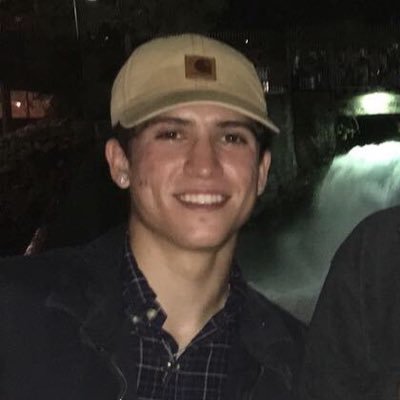 Jordan couldn’t keep these gems to himself, so he shared a few pages on Twitter. “My nephews Ethan’s pre-k class made a cook book, and all the kids had to come up with all the recipes,” he wrote. ” So much better than I could’ve imagined.”

For Ethan’s eggs, one key ingredient seems to missing: the eggs, though you can apparently get them at Texas Roadhouse, his mom’s house, or just make them “with nothing.” 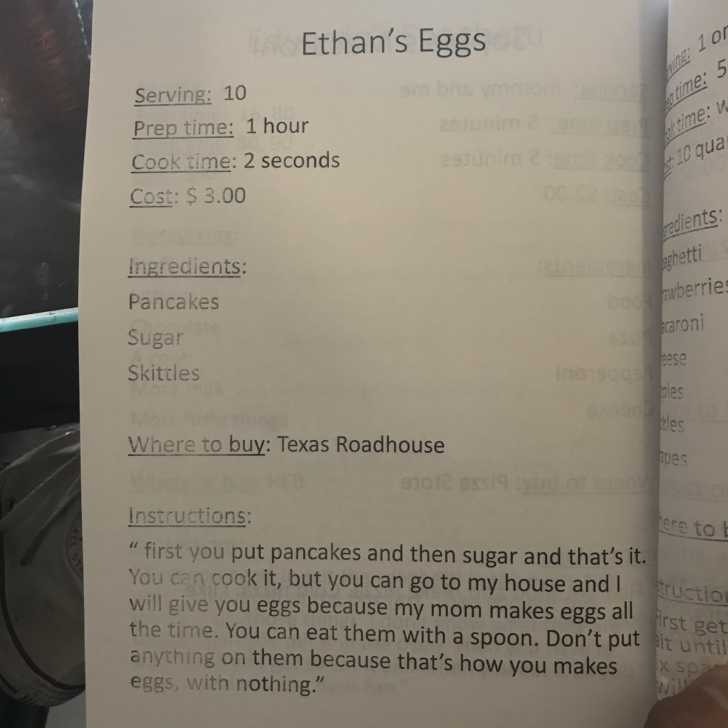 To make Ariana’s macaroni, you’ll need an oven “hot like fire…like a candle…like for birthdays.” Make sure you also go off on a tangent about swimming pools, or else it won’t come out right. 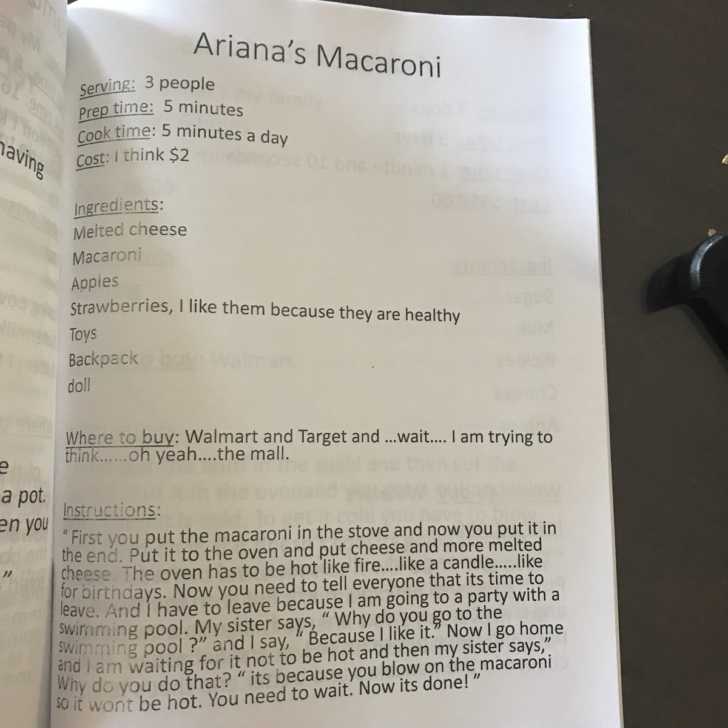 Gather all the usual taco ingredients for Joe’s tacos, but you’ll also need to sprinkle in a dash of self-doubt. Stir until the mixture morphs into a full-blown existential crisis. 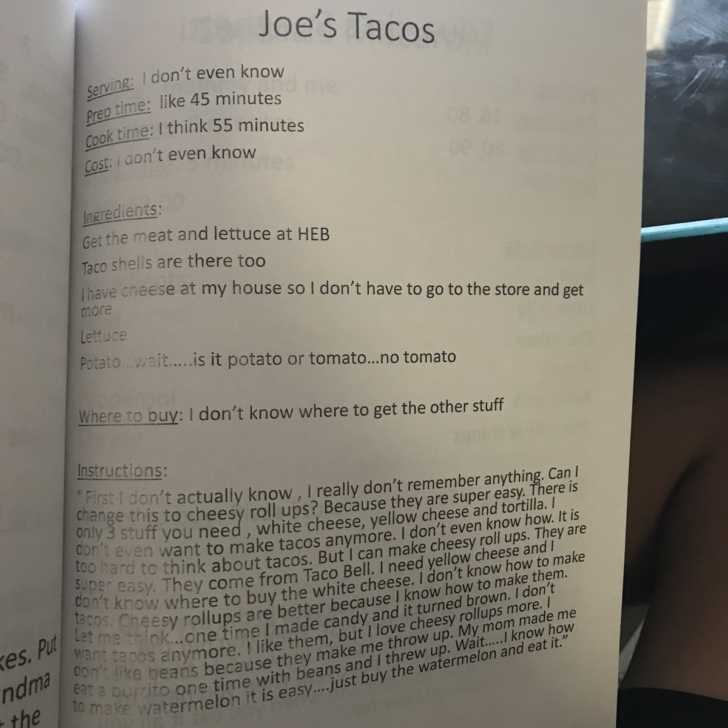 The instructions for Sebastian’s “salt and that’s it” pancakes couldn’t be simpler: “You get a thingy from the house and you put it in the hot thingy.” See? Clear as mud. 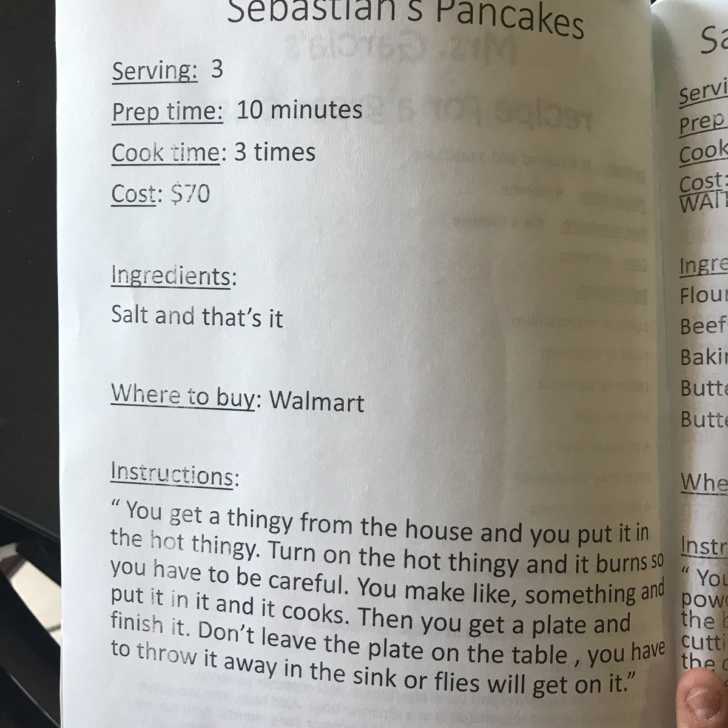 Twitter users collectively lost it over the strangely relatable recipes. Some even asked where they could get a copy of the book. With all that entertainment packed between the pages, who could blame them? It’s that good. 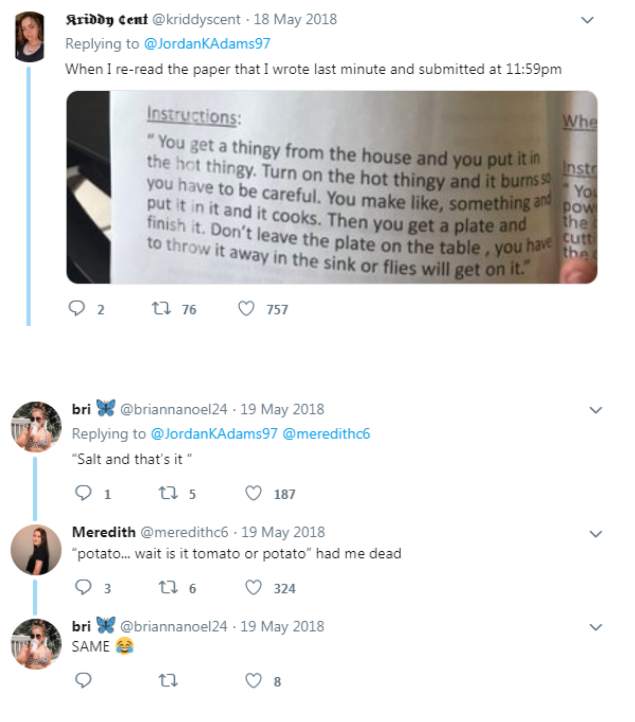 Another mom, Ariana Quiroga, chimed in, blessing the internet with even more pages from the cookbook. “The teacher give us this recipes as a mother’s day gift!” she explained. Honestly, we couldn’t think of a better gift for moms than the odd, giggle-worthy musings of their children. 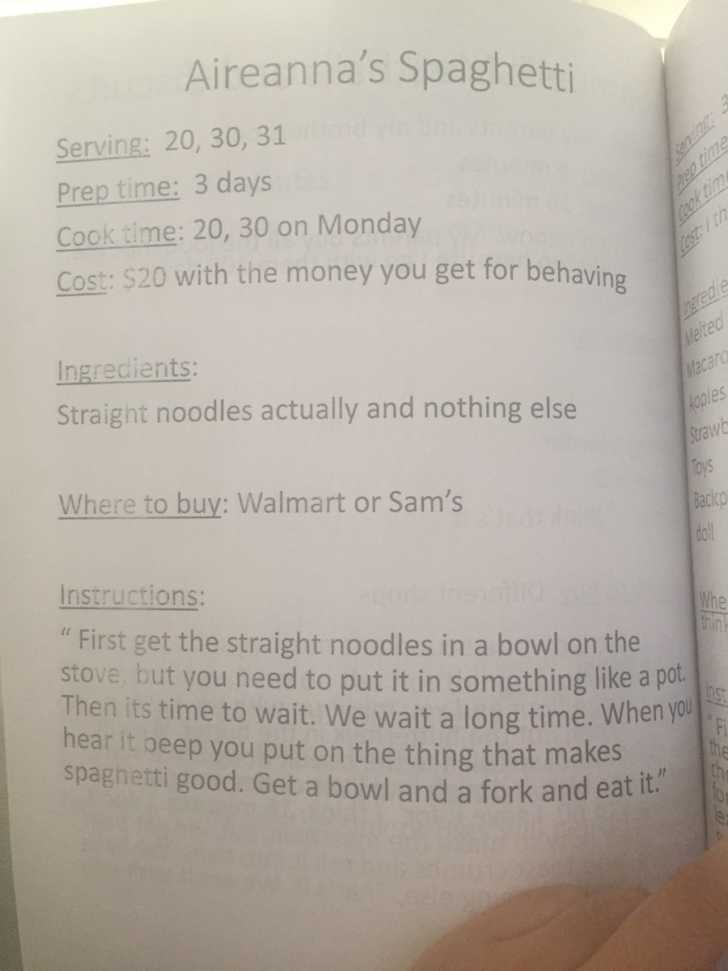 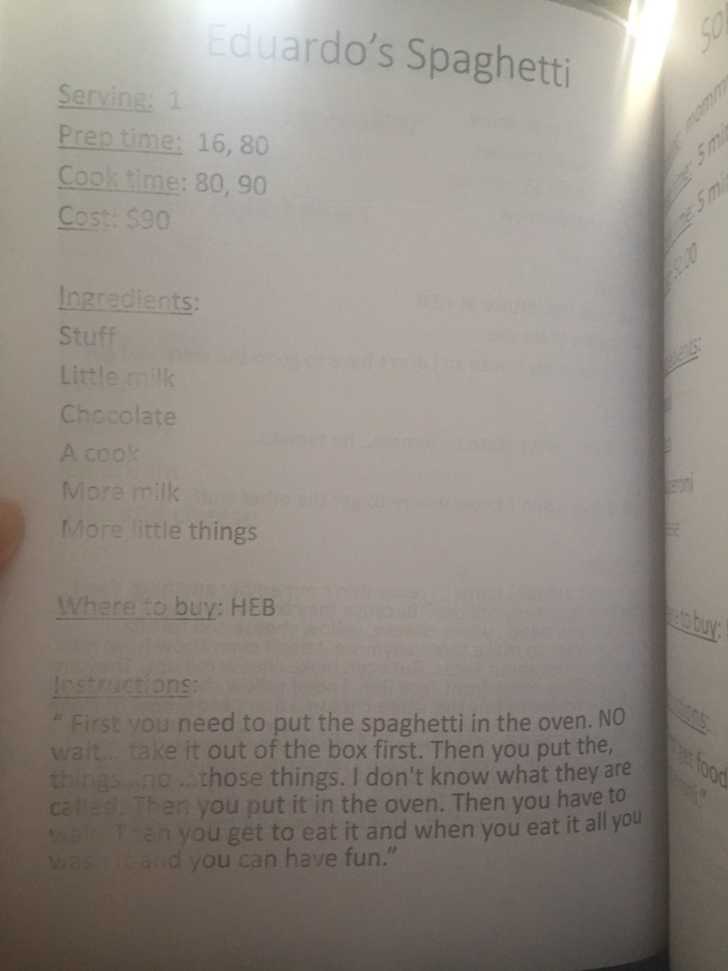 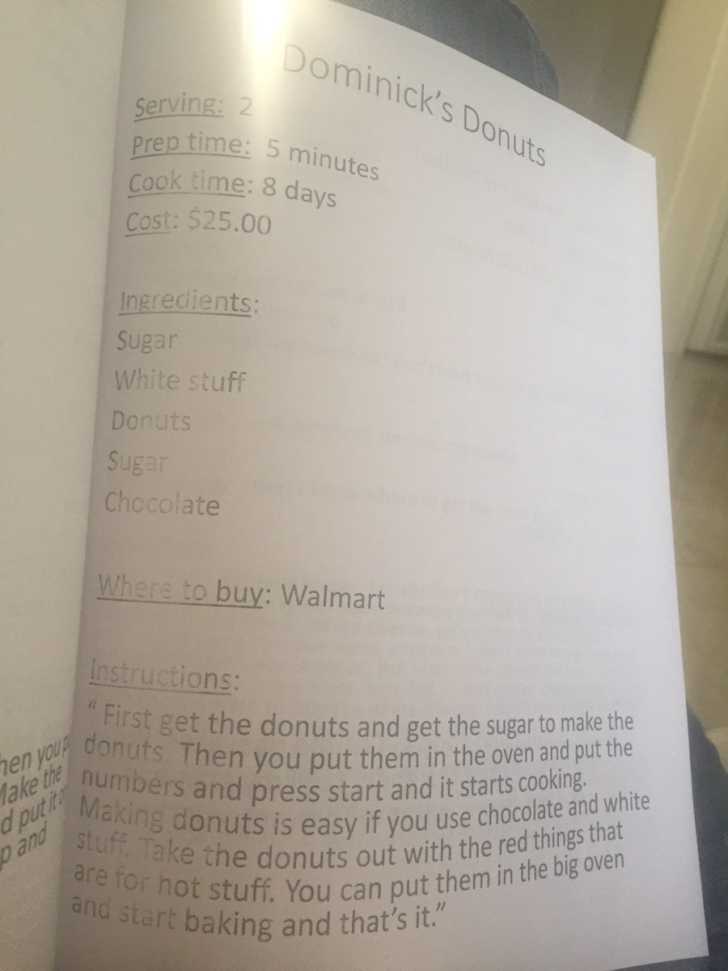 The teacher who came up with this idea certainly deserves a raise, if only for giving parents and strangers across the web a reason to smile. Sometimes tells us if they decided to put these cookbooks up for sale, they’d be sold out within minutes.

Previous Map Shows The Most Popular Holiday Treats In Each State
Next If You See A Woman Wearing A Wedding Ring On Her Pinky, This Is What It Means